Hit enter to search or ESC to close

Next Stop: Community Development
Turning around a legacy of disinvestment & segregation.

From Greenline Farms, the rooftop garden on top of the Bronzeville Jerk Shack, you can see the CTA El station at 51st Street a block away and a glimpse of Boxville, a colorful set of shipping containers that now house a bike repair shop and a mix of mini-food shops serving pomme frites, fresh produce and Italian ices. Mostly what you see, though, is a lot of potential.

The garden, restaurant and Boxville are projects of Urban Juncture, a community development group that operates the Bronzeville Incubator, encompassing a half dozen new enterprises on 51st. Bernard Loyd, the group’s founder and president, says that the cluster is a start, but after decades of population loss and disinvestment, the commercial corridor’s empty lots and shuttered storefronts show that it’s not enough.

On most days, the lot to the east of the 51st Street Green Line ‘L’ station doesn’t look particularly remarkable. There are a few brightly colored freight shipping containers sitting in an empty field, seemingly discarded.

But Wednesday afternoons, from 4-7 p.m., the lot comes to life. The shipping containers become stores and a bike repair shop. Local and regional businesses set up tables to sell food, clothing, jewelry and sweets. A disc jockey sets up near the middle, playing music. Before long, the field turns into a plaza filled with regular customers and curios passersby.

Since June 2017, the Boxville Marketplace has become fixture in South Side’s Bronzeville neighborhood. Local developer Bernard Loyd created it in hopes of creating a space for local entrepreneurs that would be easier to set up and rent out than a traditional brick-and-mortar space. While Boxville is closed for the season, the organizers plan to reopen it sometime in April and keep it open until October.

Standing in a shipping container right off the steps of the 51st Street Green Line “L” stop one recent Wednesday, Michelle E.L. Merritt explained her philosophy for working with vendors and entrepreneurs who ply their wares at Boxville, the once-weekly market that she manages. “Provided that they’re serious about their business, we provide the platform for them to come out and sell,” she said over the sounds of a DJ alternating between classic hip-hop and recent Top 40. “So it’s not judged, it’s not a curated market. Our goal is to provide goods and services that are not currently in the neighborhood, but there’s a demand for.”

Boxville, which has been run out of four shipping containers for a few hours every Wednesday afternoon this summer, is the latest initiative of Urban Juncture, the nonprofit developer behind the culinary/neighborhood revitalization initiative Bronzeville Cookin’ and co-working and concept development space the Bronzeville Incubator. Vendors vary, but the “anchors,” to use Merritt’s term, are streetwear, vintage, fresh produce, and bike repair—and this week, jerk pork and chicken tacos from the Bronzeville Jerk Shack, the inaugural concept restaurant of Bronzeville Cookin’ whose storefront is down the street from Boxville.

The sight of golden mangos and plump pears stopped Bronzeville resident Zion Forbes as he stepped off the L at 51st Street on Wednesday.

Forbes, who has lived in Bronzeville for 25 years, said he has never seen a place like Boxville, an outdoor market next to the Green Line stop.

“You can buy food that’s actually clean here,” he said of the market, which bustled with residents buying fruits and vegetables, listening to music and browsing Bronzeville-themed apparel in the hot July sun.

“I hope this grows,” Forbes said. “I feel like this will change the neighborhood.”

Boxville, made up of brightly-colored shipping containers inhabited by food and retail vendors, opened June 21. Bernard Loyd, president of the community development group Urban Junction, is heading the project to gather the “very best of Bronzeville retail, entrepreneurship and culture in one place,” while also solving a food access problem in the community. 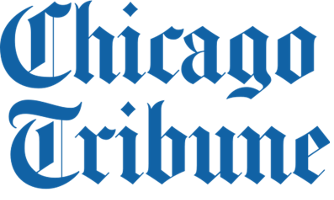 The view of the neighborhood from the 51st Street Green Line platform is bleak. To the west, boarded-up storefronts line one side of the street, and the most visible open business is a small store selling food and liquor.

This part of Bronzeville is a capital investment desert, an area with little access to the kind of private funding that could help revive a stagnant economy and lingering unemployment.

Short-term microloans are broadly available in this area and other low-income communities across the city, but small infusions of cash that must be repaid within a year or two can have only limited impact. Meanwhile, more substantial commercial loans are often out of reach for neighborhood business owners, who may lack the financial resources that would persuade a bank to risk lending a larger amount over more time.

Bernard Loyd, director of Bronzeville Bikes, a nonprofit that runs a bike shop next to the 51st Street Green Line station, praised the study for providing a wealth of info on the barriers for growing cycling in black neighborhoods. “Unfortunately, Divvy bikes in our neighborhoods mainly sit unused because most residents can’t afford them or don’t have the required credit card” for checking out a bike at a station or signing up for a membership online. He added that even though cards aren’t required for the D4E program, it still has limitations because it requires residents to travel to one of six enrollment centers across the city to sign up.

Bronzeville residents may notice something new under the shadows of the Green Line at 51st Street: Boxville, Chicago’s first mall built from shipping containers, and home to the first South Side outpost of Lincoln Park farmers market Green City Market, opens today.

Boxville, which will also host a french fry shop, is anchored by the three-year-old Bike Box, a bike-repair shop built inside a 20-foot steel shipping container. Today’s expansion is thanks in part to Chicagoan Bernard Loyd, the founder and president of community development group Urban Juncture, which operates Bronzeville Incubator.

Corey Gilkey, an owner of the Leaders 1354 streetwear shop, approached the incubator about opening a pomme frites shop, inspired by Gilkey’s travels to places like Amsterdam and Belgium, Loyd says. “I told him, ‘You don’t need that much space for that concept, you only need a fraction. Why don’t you consider a box?’”

Tawanna Geiger lives in Bronzeville but rarely buys groceries near her home for one reason: “Because there’s nothing in the neighborhood to buy. No fresh food,” she says.

The 28-year-old stood in line on a recent afternoon at Red Apple Food and Liquor (315 E. 51st St.) holding a few cans of energy drinks. The bustling convenience store has a small section of shrink-wrapped produce—pale tomatoes, cucumbers with shriveled ends, bruised apples for a buck apiece—but customers aren’t buying them. Like Geiger, they dip in and out for cigarettes, sodas, something from the fast-food counter.

Across 51st Street, in the shadow of the CTA Green Line stop, a unique, open-air retail development nearing completion aims to change how Geiger and other residents eat, shop, and interact.

Investing in new food, new businesses and a new way of life

When Bernard Loyd looked around his Chicago neighborhood, he saw an opportunity to provide a variety of high-quality food options for his neighbors. While ethnic cuisine is a big part of the local food scene, with neighborhoods like China Town, and Greek Town, Little Italy, Little India – there was no equivalent for Black food.

The realization spurred the birth of Bronzeville Cookin’, part of Urban Juncture, inspiring Loyd to leave corporate America and launch the renewal initiative 13 years ago.

“Bronzeville Cookin’ is all about food,” Loyd said. “And food is essential to life and to community.”

The project, currently in development, is a culinary incubator celebrating the diverse cuisines, cultures, and communities of people of African descent. Four locally-owned and operated restaurants will share a sustainably-rehabilitated, turn of the century building in the heart of Chicago’s historic Bronzeville neighborhood. Each venue highlights a different aspect of Black cuisine, and the complex will also include a market with fresh produce as well as a rooftop farm.

Streetsblog Chicago: Bronzeville Bikes Rolls on with its Mission to Encourage South Side Cycling | August 31 2015

DNAinfo: A Garden Grows in Bronzeville, and Now Restaurants, Too | June 15, 2015

The Chicago Advocate: In Chicago’s Bronzeville a New Wave of Resurgence is Picking Up Steam | March 2, 2015

The ChainLink: Our Newest Bike Store and Best Use of Shipping Container | July 13, 2014

Crain’s Chicago Business: A Bike Hub in Bronzeville, Thanks to a Shipping Container | June 18, 2014

Chicago Tribune: How Texting Technology is Reviving a Building from a 1973 Hit Film | January 6, 2014

Huffington Post: The Forum in Bronzeville Has Big Plans Including a Café, Art gallery, and Performance Venue | December 18, 2013

South Side Weekly: Bronzeville – Best Blast from the Past | September 24, 2103

Chicago Defender: Can City’s Bike Share Program to Be Boom for Bronzeville | November 2012

Lakefront Outlook: Forum Building to be Spared from Demo | August 3, 2011

Lakefront Outlook: Teardown in works for Forum Building | May 11, 2011

City of Chicago: Restaurants on the Menu for Bronzeville Site | November 10, 2009